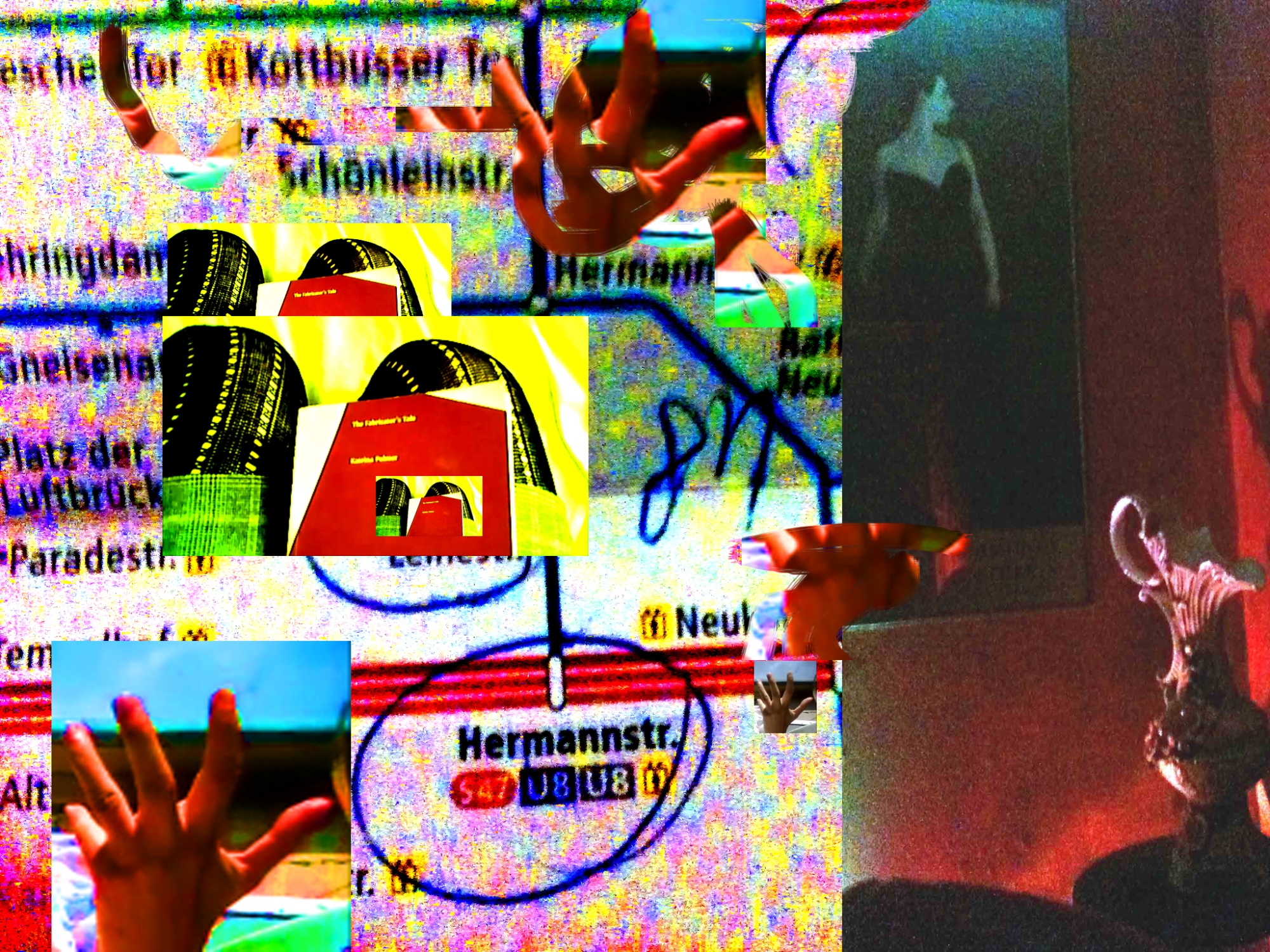 The Unconventional Woman is behind the addictively honest dating blog FiftyDatesofGrey.com. As she tells her tales in a narrative of her own on the site, she has interviewed herself for Just Gushing, in a continuation of this style. We look forward to further collaboration, but first, meet The Unconventional Woman;

Q: There’s been buzz in the UK press recently around your dating blog, FiftyDatesofGrey.com… a website where you secretly video logged fifty dates on Tinder. But you’ve said that the website is an art object…Can you explain this?

A: A few months ago I saw the philosopher Tina Chanter talk about how popular culture is an opportunity for art to engage with politics. A dating blog is just that: a pop culture form I can subvert by using the same craft and content that I approach my practice with…but instead of being isolated in the gallery, I can reach thousands of people. If you see the internet as a landscape filled with constructed identities performing themselves on social media, it makes sense to call it a performance piece.

Q: I like this populist way of speaking about contemporary art… but why have you chosen to interview yourself on this occasion?

A: I’ve been interviewed by journalists before.. .that’s how I established the ‘reach’ I mentioned…   but I wanted to draw more attention to the angles of the project relating to my art practice and its engagement with politics. I also wanted to rebel against this notion that good artists never have to promote themselves. The people spreading this message are those who already exist with in a circle of privilege, or social structure, that sustains their practice.

Q: Aha, the sin of self-promotion. This brings me to my other point. You say that FiftyDatesofGrey.com exists both as an art work and a marketing project for the dating app Loveflutter…..This sounds like a dodgy deal…. I mean how could it not be?

A: Before I started Fifty Dates of Grey I was observing how artists were using the internet to promote themselves with quantities of spaces, people, and places that they could never reach physically…I was also observing that this media had a reductive effect on their practice similar to messages from companies which were using the same kind of media. So with Fifty Dates of Grey I wanted to challenge my low opinion of the internet…see if could produce rich and authentic content in this format. Daigo Smith of Loveflutter was my natural ally as he’s an expert in digital communications and dating blogs …and his company is actually a practical attempt at changing the culture of dating. He’s my collaborator just the same as I would collaborate with a poet, an actor, or a massage therapist.

Q: A massage therapist…looking forward to that ….And why this tacky name, Fifty Dates of Grey?

Q: But there’s also been some critique of the dating blog …something about breaking ‘The Unspoken Rules of the Dating Blog’

A: There would be no point in the project if it really resembled other blogs. It’s a political art project designed to disrupt the cookie cutter world of dating experts enforcing gender norms with their ‘Unspoken Rules.’

Q: But I believe the point of the article was something about the ethics of privacy…and what do you mean by political content?

A: The content is exposing how neoliberalist and misogynist principles about value are embedded into dating culture, determining who is able get into a partnership and who isn’t. I couldn’t get to this content without a detailed deconstruction of my dates’ political identities as well as my own. As an artist I have the right to use my life experience as material. On the other hand I made sure not to include anyone else’s name or photograph in the project, while my identity will be attached to the blog via google for the rest of my life.

Q:   So you’re not planning on becoming a religious leader I take it….do you think it was worth the sacrifice?

A: Totally….Shame is a tool for social control, and I don’t agree with the type of society this tool produces….but you know, you can ask me in 20 years..

Q: I’ll definitely be around to do that if you are…Thanks for answering all these antagonistic questions.

A: I ask myself these questions all the time!

Q: …you’ve obviously thought way too much about this! Way too many big words for the lifestyle industry!

A: I’m sure somebody out there likes big words….They’ve already met the tabloid version of me, Let’s send out another!